How About a Port for After Dinner? 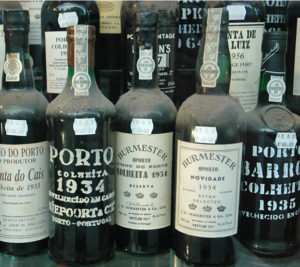 After a wonderful meal with clients, rather than dessert some people opt for Port.   It’s a great way to let the meal settle and relax and talk.  But what is port and what are the differences between Ruby, Tawny and Vintage?

Generically, Port is a red, fortified wine from the Duro region of Portugal.  It is sweet and rich, which makes it perfect for something to replace dessert after a meal.

Originally, Port was developed to create a product that could be stored for a long time and shipped to other countries.  The fortification in the wine allows for all of this.  Port became an important element of trade between Portugal and England, where it was and remains a popular beverage.  The name came from the city of Porto as the primary shipping location for Port to customers around the world.

The wine is made from red grapes using traditional growing, harvesting and winemaking methods.  Port becomes special when the fermentation is stopped with the addition of a neutral grape spirit known as aguardente.  This leaves a fair amount of residual sugar in the basic wine and increases the alcohol content which acts as a preservative.  Once the fermentation is stopped, the Port is stored in barrels to oxidize it and give flavor.

There are many kinds of port including rose and white, but most Ports fall into three categories:

Tawny Port: a very sweet barrel-aged port with oxidative nut and caramel flavors.  Tawny port is aged a long time in the barrel which mellows the drink to a golden brown color.  The extensive exposure to oxygen gives a nutty flavor.  They are blended across multiple vintages to give the distinctive house style, much like champagnes. The age indicated on a Tawny port represents the age profile of the wine as they are blended, not a minimum.

Ruby (Red) Port: a deeply-colored red Port Vintage which has no year designation.  Ruby port is the least expensive and most popular type of port.  After the fermentation, the wine is stored in concrete or stainless steel barrels which prevent the oxidative aging the typifies Tawny port and to retain the ruby red color.  Once the wine is filtered, it is bottled and sent to market.  This relatively simple ports don’t benefit from age.

Vintage Port: Vintage port is made in the same manner as Ruby port, but like vintage champagne, they are not made every year.  You’ll recognize a vintage port as it will have a specific year on the label.  The port houses decide individually if a year is exceptional enough to make a single vintage port.  They take this decision seriously as their reputation for quality is at stake.  It generally happens around three times a decade.

Once the wine is fermented, it spends a maximum of 2 and ½ years in a cask or in stainless steel, while retaining the fruit and deep red color.   The wine is then bottled and aged in the bottle.  The bottle aging can last a long time – usually 10 to 40 years before release to the market.

The good news is that the use of exceptional grapes in good years and this extended wine making process creates wines that are age worthy.  It is not uncommon to see bottles of port for sale at auction that date back to the 1800s that are drinking well.

So the next time you consider something sweet after dinner, try a port – you won’t be disappointed!  And by the way, it makes a great and unique gift to a special client!